On 15 October 2021, Gamuda Excellence Transformation (GET) held its fourth TechTalk session featuring Managing Director and co-founder of The Hive, T.M. Ravi. Ravi started his talk by giving a glimpse of the HIVE’s modus operandi. Operating on a venture studio business model, the Hive builds new companies in collaboration with entrepreneurs by providing financial investments, mentorship and strategies. 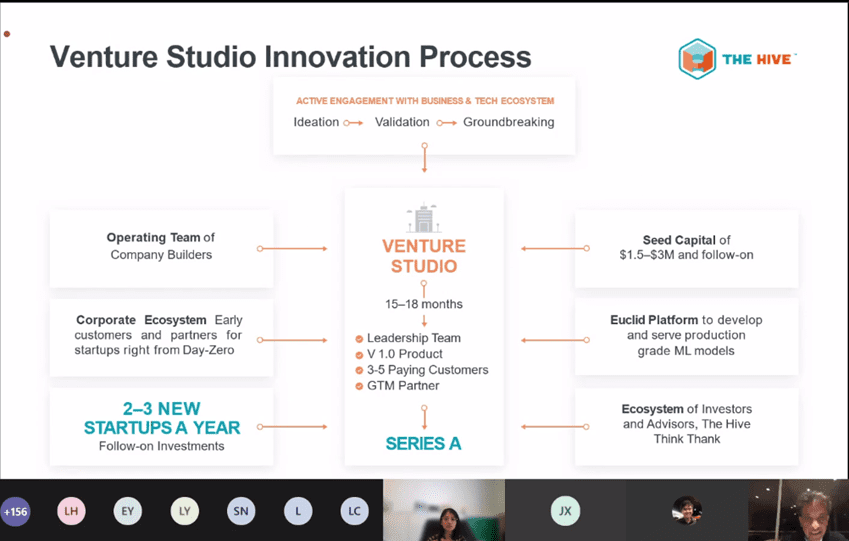 He shared a case study of FogHorn, an edge computing[1] startup founded by the Hive. FogHorn’s thesis on distributed Cloud solutions was eventually validated by industrial players, mainly General Electric, which serves as its OEM[2].

Ravi cited Tesla as an obvious example of how their investments in new technology shaped the market for electric cars.

Ravi also described the essence of entrepreneurs or intrapreneurs as persistent self-starters. Intrapreneurs may operate within a corporate ecosystem antithetic to start-up culture but do have an advantage in terms of seeking funding, technology resources and market access.

Ravi expounded that an idea worthy of funding should target a large market, be technically viable and uniquely serves different demographics. A larger corporation may be better equipped to penetrate the market, but it takes the inquisitive nature of entrepreneurs to make the right connections and market observations. Ravi gave the example of car-sharing services as a solution for those who need transport but do not own cars. He also warned that having domain knowledge or a field specialization can help accelerate ideas but there’s also the risk of falling into the trap of routine thinking.

Moving to the panel session, all came to a consensus that to successfully bring an idea to fruition, passion, perseverance, networking and pitching yourself was crucial in order to obtain the funding and expertise. Each had their own insight on a good ecosystem:

John expanded on his previous point by encouraging the audience to seek opportunities to resolve problems. He gave a simple example of his experience as a site engineer where he automated the report creation for lifting plans using Excel with macros. Justin cited the lessons learnt from some 500 once Fortune-listed corporations which folded after staying stagnant. To him, it was about finding the right people and busting them from the silo mentality to encourage innovation.